Desert Crown: An Example to All

When Desert Crown ran away impressively with The World’s Greatest Race, it may have seemed like another victory for the giants of the game: Sir Michael Stoute’s peerless preparation of a Derby Contender and a second victory for the colt’s owner Saeed Suhail, who invests heavily at the sharp end of the market. Closer inspection of the horse’s production however, reveals a genesis that exemplifies what gives that race – and our sport – its true spirit. Desert Crown’s grand dam was bred by Juddmonte and culled after failing to measure up to their exacting standards (interestingly this was also the source of Native Trail’s dam, so it is understandable that their sales’ drafts are so keenly anticipated).

Desert Crown’s dam, Desert Berry, herself unsold for small money as both a foal and a yearling, won one small race over one mile. Fortunately, she belonged to an individualist breeder who followed his own theories and he proceeded to mate her to Archipenko for four consecutive seasons. Those breeders who put a lot of thought into matings have to accept a sad and frustrating fact that the market will overwhelmingly spurn full siblings to unsuccessful horses. This is myopic, literally as they generally do not even make a list for inspection. Consequently, however convincing the case for a suitable stallion may be, the majority of breeders aiming to sell switch to their second-best choice for year two and progress down the list until a mating produces a good runner, when it is likely to be repeated. There is no statistical evidence to support this, yet when matings are repeated by successful owner breeders who do not answer to market imperatives, the results strongly suggest that a couple of disappointments do not preclude hitting the jackpot with another full sibling. Coolmore’s access to Galileo has often illustrated this and Schlenderhan, Lagardere and others have seen the courage of their convictions rewarded.

I was fortunate enough to buy the second of Desert Berry’s Archipenko’s for Quantum Leap Racing (Archie McKellar, who became Flying Thunder when we sold to Hong Kong). It was a profitable purchase for us. In turn, that colt’s exploits cemented the appeal of his dam, so that the next one to go to market fetched nearly twenty times as much. At this stage Mr Robinson had a young mare with a rising profile. Eschewing the dumb obeisance of complying with market trends, he sent the mare to Nathaniel, who, in spite of having sired a mare for the ages in Enable, was lukewarm with the most acquisitive yearling buyers. Happily, the resulting product was athletic and had presence and made him a handsome profit at 280,000 guineas. More happily still for the future of the whole business, he has now proved himself an above average Derby winner on only his third start. The triumph of an individual mind with a determination to breed a racehorse, not a sales horse.

The Derby was further bolstered by the fact that second and fourth had been bought at yearling auction for less than 50,000 guineas apiece. The interesting correlation in their pedigrees being that the second was out of a Montjeu mare and the fourth out of a daughter of Doyen. Montjeu has any number of sons standing as National Hunt stallions and Doyen was banished to that field almost immediately on retirement. This is perhaps the worst misconception of modern breeding, the complete denial of inconvenient statistics by high volume yearling cattle merchants. The preponderance of mares served by lightly raced sprinters and two year olds of limited merit means that a large proportion of the fillies produced every year are functionally useless as sources of top class classic horses. Recently we have seen Crystal Ocean and In Swoop retired to cover huge books of National Hunt mares, while inferior models rated more than a stone less are covering three figure books of mares.

The stallion currently commanding the highest fee in the World is Dubawi. Perhaps some attention should be paid to his broodmare sire, as however fondly stallion speculators, in every sense of the word, may wish it, without Deploy there would be no Dubawi.

HATS OFF Gary Robinson, continue to do your own thing!

Quantum Leap Racing buys yearlings with middle-distance pedigrees, often identifying pedigrees deemed unfashionable or overlooked by the market. We are producing a series of blogs to outline the rationale behind our approach and illustrating why we believe it is the correct approach both for us and the wider bloodstock industry. As above, we will be providing plenty of examples to support our views. 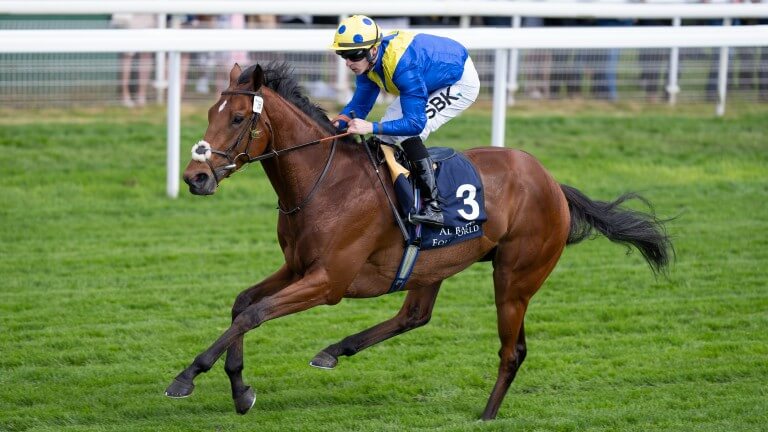