Durability Bred into the Best

Those who read the previous blogs would not have been surprised at the result of the July Cup. Alcohol Free had beaten top milers last year under a perfectly calculated and executed ride from the much-missed Oisin Murphy. The fact that she had the class to beat superior horses over one mile on soft ground should have suggested strongly that a shrewd trainer was not hitting and hoping by dropping back to six furlongs – she had beaten the cream of her crop in the Cheveley Park at two.

Once again benefitting from a perfectly executed plan, this time by the excellent and under-appreciated Rob Hornby, she proved a decisive winner from the game Naval Crown, who confirmed his long-shot status was the aberration, rather than the form he showed when winning the Platinum Jubilee. This was another great result for a dedicated owner-breeder, though in this case, Alcohol Free was a rare sales purchase by stud manager David Bowe, who paid €40,000 for her as a foal. Spare a thought for her dedicated breeder Michael Gaffney from Churchtown House, who has bought and sold dam and grand dam, without profiting. They habitually use proven sires to try and breed racehorses and have produced some admirable horses by trying to establish families, but this really is the one that got away.

No doubt there will be those in behind from Ascot and Newmarket that keep re-opposing until they win a Group One and are immediately venerated with stallion status. Why should this be preferable to a better-bred horse that shows superior form placing in a Derby or Arc?

Two more fillies have injected interest into the sprint division during the last week. Royal Aclaim showed remarkable form on only her third outing to win with authority at York, travelling effortlessly from an outside draw that would often scramble an inexperienced horse stepping up to this level. She is a second daughter of Aclaim to attract headlines after Cachet’s heroics. Aclaim ran once at two, closed out his second season rated 105, but advanced to 116 at the end of following season. This is not dissimilar to his own sire Acclamation, who though enjoying his biggest payday in the Doncaster Sales Race at two, showed form a stone superior in the autumn of his four-year-old career. Her dam, by Plains and Sussex Stakes winner Soviet Star, was notable for starting fifty-two times.

Meanwhile, Queen Mary victrix Dramatised has been confirmed en-route to the Nunthorpe. This is a very interesting challenge. Notwithstanding previous remarks about the weight concession that two-year-olds enjoy, one wishes sporting connections the best of luck, not just for this year’s renewal, but in the hope that if successful, she can return and defend her title next year. Unlike so many of the leaders of her division at this time of year, she is a filly with size and scope and can be expected to progress.

Interestingly her dam is by the unheralded Turtle Bowl, whose Group One victory was achieved in the invariably ordinary Jean Prat. His best run was losing a three-way photo in the Queen Anne on fast ground (a surface that he rarely encountered in his homeland), on his nineteenth start. The Prix Jean Prat has rarely offered a field that justifies its status and it is indefensible that it was allowed to remain a Group One when the distance was reduced, as this was a tacit admission of the lack of quality. It now offers a respite for those two-year-old leaders who have failed to maintain their position in the wake of progressive three-year-olds – witness Pinatubo and Too Darn Hot.

It would seem that durability is a far more pertinent quality than evanescence when trying to breed a top racehorse over any trip. 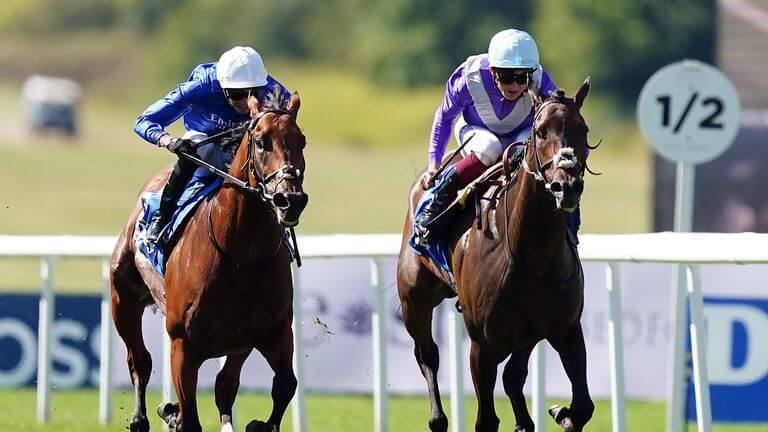