Across the Channel, the market values ​​fast and precocious horses. By taking the opposite of this trend, the group team founded by Eamonn O’Connor is doing well. Sunday, in the Diane, Ottilien will be the first classic starter for Quantum Leap Racing.

After decades spent in the heart of the City, Eamonn O’Connor decided to change his life. With his wife, he launched a franchise for the creation of crèches and after-school units in Great Britain. Like his son Niall O’Connor – a Godolphin Flying Start graduate – he is also a racing enthusiast. He teamed up with Jeremy Brummitt to create Quantum Leap Racing, his second professional activity. And the syndicate currently has two good horses. Rodrigo Diaz (Golden Horn) placed in the Henry II Stakes (Gr3) and was partly sold to Australians. His goal is the Melbourne Cup (Gr1). Ottilien (Holy Roman Emperor) seen to her advantage in France, remains on a fourth place in the Height of Fashion Stakes (L). A race whose line seems to want to repeat. She will be associated with Tony Piccone in the Prix de Diane Longines. Eamonn O’Connor explains: “If it could rain a little, or even a lot, that would be great! We are well aware that she has a chance of being an outsider. But we trust David Menuisier. He is a great trainer and a top horseman as well as being a communicator. Like him, we like to run regularly in France. Of course, on Sunday, the candidacy of Nashwa (Frankel) stands out.

She did not find a taker

“The syndicate has a racing activity. But also a breeding part with five broodmares on both sides of the Channel. Jeremy Brummitt knows the family very well and Vezina was in foal to the stallion with whom she had already produced a Gr1 winner [Morandi, Critérium de Saint-Cloud, ndlr]. Raised by the Sundström family on our behalf, Ottilien did not achieve the value we thought he had at Arqana. So we bought her back for €120,00.”

The filly’s name sounds oddly masculine to our French ears: “Every year, we hold an internal competition to name our horses. Being by Holy Roman Emperor (Danehill), Ottilien inherited imperial proposals. The first was Vespasiana, the female version of the founder of the Flavian dynasty. But British officials did not see our allusion to ancient Rome. For them, it was an attack on modesty (laughs) [a vespasian is also a public urinal, editor’s note]. What a lack of culture! Jeremy therefore thought of Otto, the first emperor of the Holy Empire. And, in German, the feminine version is Ottilien [Odile en français, ndlr].”

“The syndicate was started in 2017. Jeremy Brummitt buys five or six yearlings for us a year – between £20,000 and £70,000 – and as racing manager makes all the decisions about their racing program. We are a small [UK-wide] union and from the start we had some success. Our first horse, Flying Thunder (Archipenko), unearthed for £25,000, finished fourth in the Horris Hill Stakes (Gr3). We sold it well in Hong Kong, where it won a Group. His brother Desert Crown (Nathaniel) just won the Derby! Quantum Leap Racing brings together about fifteen members and their spouses. No ads, just word of mouth. Our argument is to suggest that they dilute the risk and increase the chances of receiving a voucher, by taking a small part of all the horses of a generation: 5% of five yearlings is five times more than 25% chance of having fun with a single horse!

“Our strategy is clear: we buy to run intermediate distances. Unlike many unions, we avoid buying sprinters and early purebreds. These 2-year-olds are acquired for Royal Ascot and the majority have already lost a lot of their value in the space of a week. There are many called up, few elected and a very limited shooting window will make a career. Because, after the end of June, what do you do with these hyper-early ones?!

Dress horses need more time and they often only run once or twice in the fall of their 2-year-old year. But this additional cost is compensated by the fact that they are regularly less expensive on a boxing ring. Knowing how to wait is one of the things we try to instil in our shareholders. Complexity, learning, the virtues of patience… All this is also the pleasure of racing.

Syndication represents a great opportunity for the clothing industry in Europe. We can clearly see what this brings to Japan and Australia [it is easier to be patient by dividing the costs, editor’s note]. It is the workhorse of Jeremy Brummitt, who is also the advisor of Bjorn Nielsen [breeder and owner of champion stayer Stradivarius, editor’s note]. Fewer and fewer Thoroughbreds are born to hold on. And those that arrive in the race are often exported because their rarity further increases their value on the market. There is an awareness of this problem in Great Britain and we were among the precursors.

Release a voucher every year

“In this niche, our ambition is to unearth subjects capable of having a rating of at least 90 [40 of French value, editor’s note]. Therefore, there is a wonderful program around the world. And a huge market to resell, internationally or even sometimes for jumping. By selling at least one voucher per season, the syndicate continues on a sound footing. We have achieved this every year so far. Our sporting ambitions are real and it’s quite daring given our budget to want to race Grs1. But Jeremy clearly has a knack for unearthing quality subjects. Ottilien is also our second classic hope. Nivaldo (Archipenko), unearthed for €60,000 at BBAG, was a very good one. Unbeaten in two outings, we had refused a huge offer before supplementing him in the Derby. A week later, he had a heart attack in training. This is also sometimes what the races.”

Written by Adrien Cugnasse, this article was originally published in https://www.jourdegalop.com/2022/06/prix-de-diane-j-1-ottilien-a-contre-courant 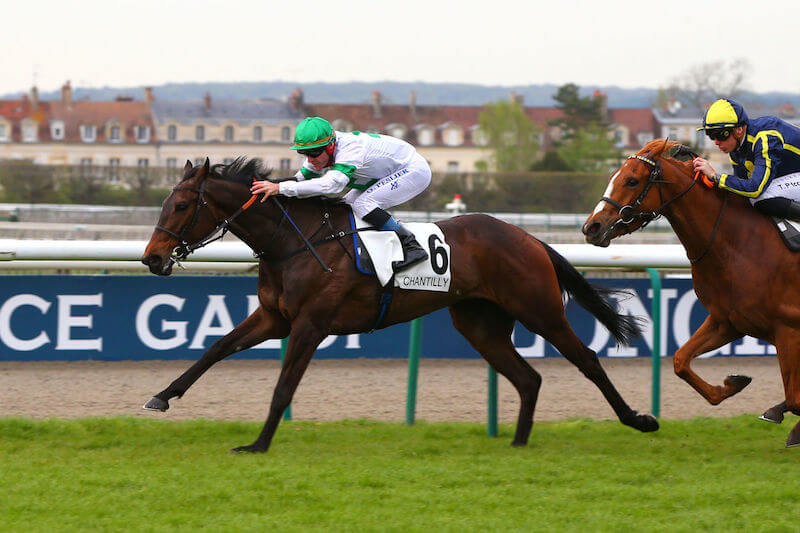