Judging by the Good Morning Bloodstock postbag, nothing in the British and Irish thoroughbred industry gets readers’ backs up more than the sidelining of stamina breeding.

So many of the letters that reach me express disappointment with owners’ fascination with fly-by-night two-year-olds and often outright disgust at top-class middle-distance colts being retired directly into National Hunt stallion roles – quite rightly so, in my view.

There are, however, still a few participants in the sport outside of the biggest and deepest-pocketed organisations who cherish horses that show their hands later than Royal Ascot in their two-year-old seasons and stay further than a mile, and one has set up a syndicate to race just those sorts of performers.

Eamonn O’Connor established Quantum Leap Racing after first getting into ownership in 2011 and later running a few pinhook syndicates whose yearling purchases had more success on the track than in the sales ring. The operation, whose runners are purchased by bloodstock agent Jeremy Brummitt, has the stated aim of “buying yearlings to progress with age and run over the Classic distances”.

“We’re trying to be commercial in our approach,” insists O’Connor. “The yardstick we set ourselves is we hold the horses for two years and expect to be able to sell them to Hong Kong or Australia during their second season of campaign, so that we can replenish the pot to go and buy some more. By buying more each year we’d hope to increase our chances of finding more Group-quality horses.

“We’ve been fortunate – not that Jeremy would use that word – to have procured a good horse every year so far, and by ‘good’ I mean they have been sold for quite a considerable multiple of their purchase price. Our benchmark is that we want our horses to be running to a mark of at least 85. We’re not interested in racing below that.”

Quantum Leap Racing’s first runner typified what the syndicate is trying to achieve. Archie McKellar – an Archipenko colt out of the Green Desert mare Desert Berry, who four years later would produce Derby hero Desert Crown – was bought by Brummitt for just £25,000 from the Goffs UK Silver Yearling Sale and later won a Kempton novice stakes and finished a close fourth in the Horris Hill Stakes. He was sold for a fortune to race in Hong Kong, where he has been renamed Flying Thunder and won a Group 3 at Sha Tin.

Archie McKellar goes to show that there is value to be had in the market for slower maturing yearlings if you’re prepared to go against usually arbitrary fashions, and that you don’t have to have a Galileo, Dubawi or Frankel in your stable to compete in this sphere (although it undoubtedly often helps).

Quantum Leap Racing’s business plan also illustrates that the oft-repeated mantra that early two-year-olds and sprinters are popular because owners receive a quicker return on their expenditure when prize-money levels are so low is not always necessarily correct.

“That hypothesis only works on the assumption that the market is inefficient,” contends O’Connor. “If the market were efficient, then the fact that you have to wait longer to have a runner and pay more in training fees would be built into the cost of the raw materials at the outset.

“So, for example, if you’re buying a horse that looks as though it’s a precocious two-year-old and is about to race, because you bought it at the breeze-up sales and know something about it, that is built into the price. You’re not necessarily getting a bargain – you’re paying up front rather than over a period of time through training fees. The fallacy in that position, I recognise of course, is that the market is not always efficient.

“But the overall point is that we’d expect to pay a little less for the longer-term types that we buy, as they’re not the finished article at the yearling sales, so we’ve got to wait to let them grow up and won’t be able to race them until the following autumn. If we found some precocious types who were likely to run at two in March, April or May and expected to compete at Royal Ascot, we’d have to pay a premium for that.”

A devil’s advocate might argue that even if racing slower-maturing horses is more cost efficient than it is given credit for being, a syndicate member would only be human if they grew impatient and wanted to see their horses compete sooner and more frequently.

O’Connor accepts this, saying: “With new members it’s always a challenge, as there isn’t going to be a lot going on in their first year with us – well, not on the racecourse at least; there’s lots of other things like stud visits, sales visits and social gatherings to enjoy in the build-up to the debut of the horse. Until you’ve been in a syndicate for a cycle of one or two years you’re not going to have runners in the early part of the season.

“The make-up of syndicate members is quite interesting, as there is a continuum with those who want the social enjoyment and racing experience at one end, and those who take a harder-nosed commercial approach at the other. If I plotted all our members along that line they’d all be somewhere different, some more towards the social end, some more towards the commercial end.

“But it’s the commercial end that’s predominant in our thinking when we plan the course of action for each horse. We tell everyone when they come into our syndicate that it’s no good them saying they have an Auntie Ethel who lives near Thirsk and it’s their birthday on such a day, so could the horse race there and then.

“The answer is no. We don’t plot the campaigns of our horses to suit any individual within the syndicate. Generally speaking they’ll run where the trainer thinks it’s best for them to go. We try to compensate for that by having horses in training in the north and south of England, as well as some in France and in Australia.”

That might sound a little authoritarian, but O’Connor believes that it is Quantum Leap Racing’s determination to stick to its guns that is one of its most appealing selling points.

“If your idea of fun is five-furlong races and having horses out more regularly, which is something you get with sprinters and more precocious horses, that’s fine but it’s just not what we do and we’re very clear about our focus,” he says. “We have conviction, and the sport could probably do with a bit more of that.

“Don’t get me wrong, we have one or two syndicate members who don’t quite buy into what we do, and would prefer we buy the sort of horse that would give them more days out and sooner in the investment cycle, and for that reason they limit their involvement with us and get involved with other syndicates too.

“I’m perfectly happy with that. We might bang the drum for our way of doing things, but there’s room for all sorts of syndicates with different approaches in this business.”

The good news is that reports of the death of middle-distance racing connoisseurs are greatly exaggerated, going by the apparent popularity of Quantum Leap Racing.

“There are plenty of like-minded people out there,” says O’Connor. “I think people appreciate focus, they appreciate conviction. It gives people comfort in our approach. We’re not trying to be all things to all people.

“If you come to us expressing an interest in buying into our syndicate you won’t necessarily be told what you want to hear, you’ll be told what we do and why we believe in it, and if that’s not for you then there’s loads of choice out there.

“We won’t bend and yield to the person we’re talking to. It would only damage our reputation and plans in the short term.”

If you want to know more about why Quantum Leap is taking the approach it is, or are just looking for a good read on the subject of the bloodstock industry, I can heartily recommend a series of blogs that Brummitt is writing for the syndicate’s website this summer.

They are enjoyably forthright, even fiery in places. In the first, reflecting on Desert Crown’s Derby success, Brummitt writes: “The preponderance of mares served by lightly raced sprinters and two-year-olds of limited merit means that a large proportion of the fillies produced every year are functionally useless as sources of top-class Classic horses.

“Recently we have seen Crystal Ocean and In Swoop retired to cover huge books of National Hunt mares, while inferior models rated more than a stone less are covering three-figure books of mares.”

In his second blog, Brummitt rails against “the worst example of self-interest” in racing being “[the breeding industry’s promotion] of the production of precocious and limited stock to service two-year-old racing at the expense of later-maturing, more durable models”, describing how “commercial breeders and sales companies collude to suggest these models are in demand.”

O’Connor says about those must-read articles: “We spend a lot of time proselytising among our own crowd and potential syndicate members about the state of the industry, where it’s going wrong and why we’re doing something different, and why you ought to invest in longer term-horses with us rather than shorter-term horses with other syndicates, and these blogs by Jeremy are another way of us reinforcing our message, especially just coming to the start of the yearling sales season when we’re looking to invest again.

“They’ve not necessarily been written to change the world, though they might have some merit to a wider audience, as they seem to be running with the flow: there are more and more voices expressing the same opinions on that theme, wondering why we throw all these great middle-distance horses out to National Hunt breeding.”

It’s as if O’Connor has been peeping in the Good Morning Bloodstock postbag. 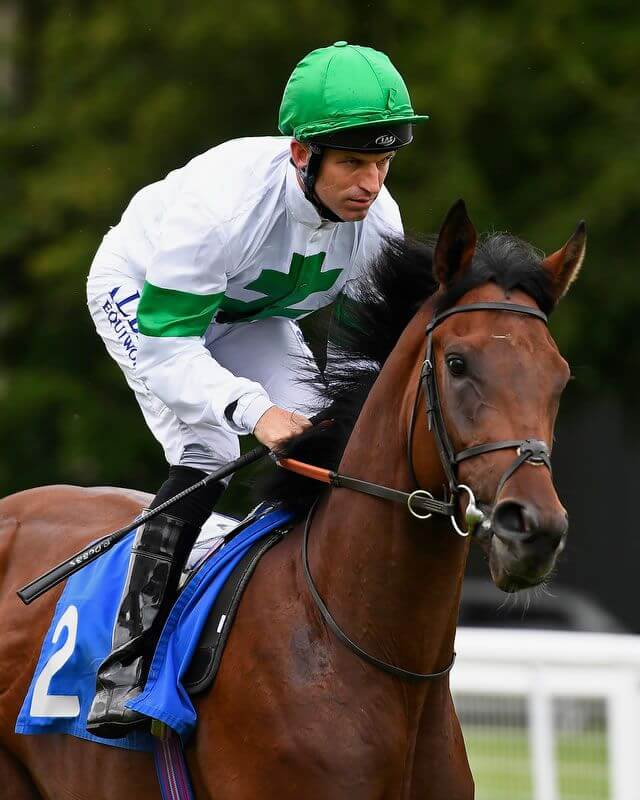