There are two net contributors to horseracing: owners and bettors. Every other member of the circus is in some way a parasite, dependent on the funding provided by the first two groups. An increasing amount of coverage has highlighted the poor return for owners relative to their expenditure, whilst recently concerns have been raised over the number of paying customers at the racecourse. The reality of the situation is that the professionals within the industry have prioritised their own ends for fifty years with little regard to the hands that feed them.

Turn the clock back forty years to when many courses were awarded interest-free loans by the Horserace Betting Levy Board (HBLB) to improve their facilities. Virtually none of them afforded serious consideration to the paying customer whose contributions had provided the wherewithal for the capital projects. Hospitality boxes took pride of place. They were seen as the most effective way to boost racecourse income. I don’t believe any course made the two prime viewing boxes the owners’ lounge, which is surely the message that should be sent to the only indispensable interest group. I am not aware of any concerted attempt to promote race going, or ownership to the captive audience that tenants the hospitality boxes. Most racecourses extract as much as they possibly can from paying customers, with little attempt at evangelism for the sport that guarantees their profitability.

It would appear obvious that if horseracing is to flourish, it needs more owners and more bettors. Happily the surest path forward should serve both of them; unhappily the professionals within the sport have been jeopardising the commitment of both groups.

Nobody can contest that prize money is linked directly to betting turnover. Figures for the highest turnover betting races show that The Derby is the only flat race in the top ten leading betting races and that at number ten (The Grand National is at number one, followed by eight from the Cheltenham Festival.) When one considers the rate of return for National Hunt owners against outlay and the strength of the three years old store market this month, it is hard to argue that improved prize money is essential to the welfare of National Hunt racing.

It is also self-evident that the betting public is most interested in – and wants to bet on -familiar horses, hence the advantage that National Hunt racing has with its leading lights being well documented and returning for multiple seasons.

Examination of the tables confined to flat racing reveals a similar story in what drives interest and activity: the leading races for turnover over the last ten years are broadly the same: the Classics, the historic handicaps and the Group One races that feature a showdown that can be anticipated and previewed. In this regard, the sport has the same resonance as it has had for two centuries.

What the keen racegoers and regular bettors have little regard for are two years olds, until they can be promoted as a “clash” – the first juvenile race to make an entry in the monthly top tens is the Gimcrack at number ten in August. Neither are they much interested in five and six runner black type races.

As someone who owes his living to the business, I admit that I would be thrilled if I could buy, or breed, or own a Queen Mary winner, or a horse that was cleverly placed to win a listed race and a Group 3 against weak opposition. However, that does very little to advance our sport. Where should the balance lie? Do professionals who earn their living from the business have any right to legislate that prize money should be redirected where it suits them, rather than where it rewards those who cement the security of the sport that provides it?

A couple of years ago the proposition that The Cesarewitch should be worth a million pounds produced catalepsy among the bloodstock community, but that is exactly what the figures suggest. The major handicaps are still under resourced and woefully under promoted. We should revert to very early closing for these races and every Monday the press should carry an article highlighting likely runners and what upwardly mobile horses may sneak into the race. Racing could promise enormous pools to rival lottos if we coupled two of these ‘banner’ races and made selecting the first four in each of a pair of them the golden ticket.

The worst example of self-interest, however, is in the breeding industry that promotes the production of precocious and limited stock to service two year old racing at the expense of later-maturing, more durable models. Commercial breeders and sales companies collude to suggest these models are in demand. They artificially stimulate the market with a series of sales races, for which the prize money is almost exclusively funded by owners and arrange sales targeting and promoting this specific ephemeral profile.

The public show no great interest in watching them, or betting on them. Owners are expected to restock every year with more prospects. They have access to the foal and yearling sales averages and medians, but nowhere can one find what they average as three years olds when past their sell by date. More worryingly, the so- called professionals compete to validate them as potential stallions and they duly receive vast harems of dubious quality to perpetuate the insanity.

There is a reason that a two-year-old receives twenty-two pounds from a three-year-old in the Nunthorpe Stakes. That is, the three-year-old is twenty-two pounds faster. The younger horse may progress and catch up with his elder with maturity, but he may not. We should race on to find out what happens and ensure that we are breeding from the best stock. As rewarding precocity is likely to result in the prioritisation of that quality over actual merit, it is inevitable that if left uncorrected the thoroughbred racehorse will, indeed is, becoming the only selective breeding programme that actually chooses to use semen from inferior males.

The Australian bloodstock circuit is even more over-heated, charged by the fervour of chasing a Golden Slipper, or Blue Diamond winner; however, the horse that has done the most for the profile of their business this year, is an eight-year-old gelding that did not run as a juvenile and by a stallion that won a single race at two. Hats off Nature Strip!

Quantum Leap Racing buys yearlings with middle-distance pedigrees, often identifying pedigrees deemed unfashionable or overlooked by the market. We are producing a series of blogs to outline the rationale behind our approach and illustrating why we believe it is the correct approach both for us and the wider bloodstock industry. As above, we will be providing plenty of examples to support our views. 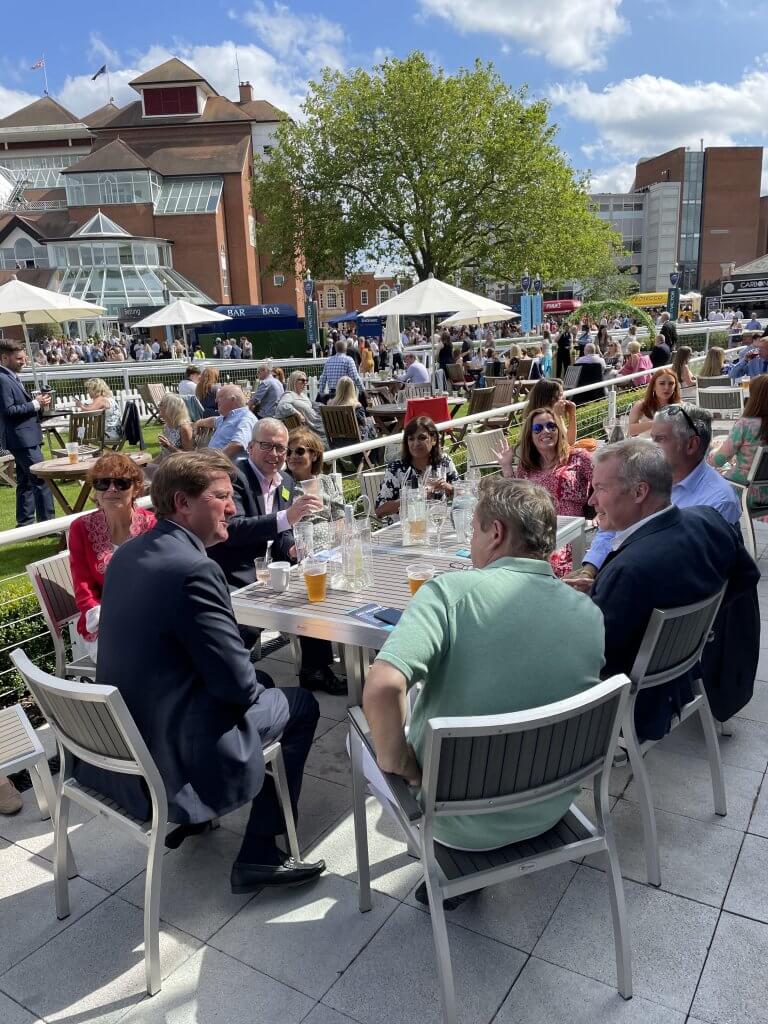